At the beginning of October 2021, AMUS, one of the partners of the LIFE EUROKITE project in Spain, has recorded the first wintering red kites in the vulture feeding station they manage in south-west Extremadura (Spain). Even when the first red kites were detected in mid September in the area, now they are arriving in higher numbers and using the vulture feeding station next to griffons and cinereous vultures. In this area, where AMUS has a wildlife conservation agreement with two estates with more than 15.000 ha, there are 2 red kites roosting places and two vultures feeding station frequently used by the red kite.

So with this first red kites arriving to south-western Europe, the team of AMUS is ready to continue with the actions of the LIFE EUROKITE project during the next months. 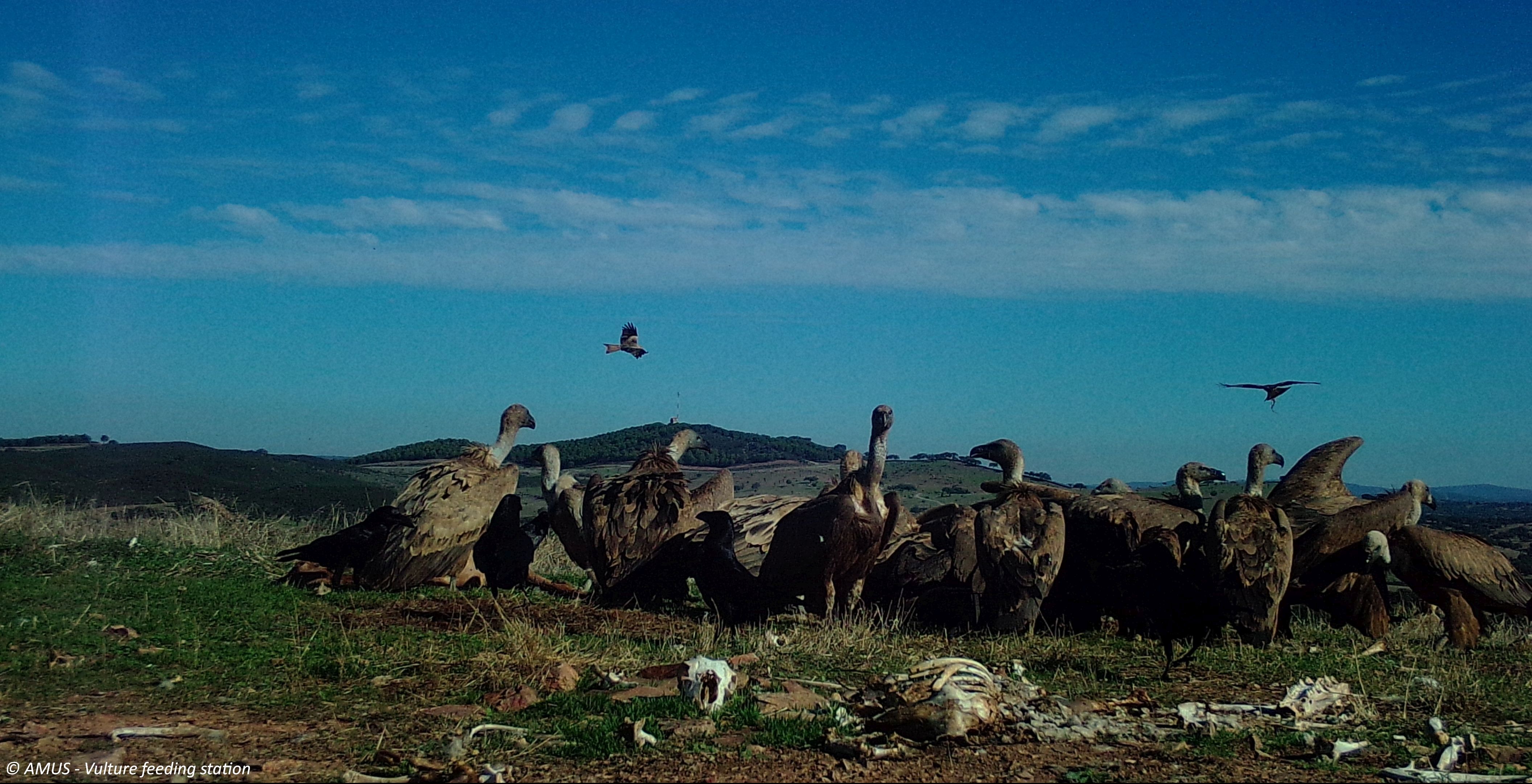 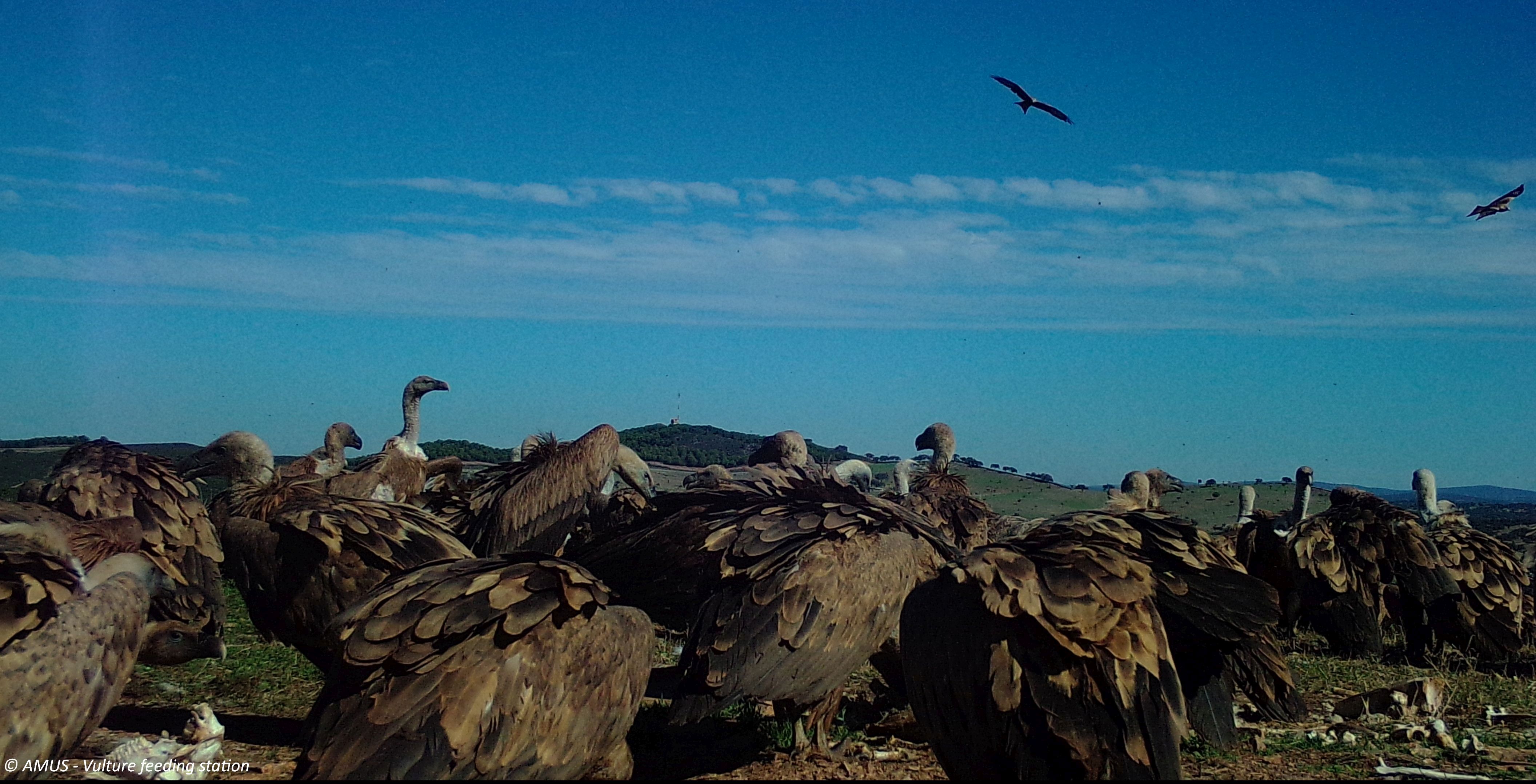